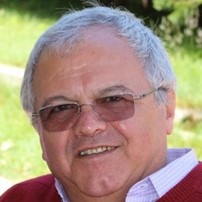 Title of the Talk: The Art of Technical Paper Writing

Okyay Kaynak received the Ph.D. degree from the Department of Electronic and Electrical Engineering, University of Birmingham, Birmingham, U.K., in 1972. From 1972 to 1979, he held various positions within the industry. In 1979, he joined the Department of Electrical and Electronics Engineering, Boğaziçi University, Istanbul, Turkey, where he is currently a Professor Emeritus, holding the UNESCO Chair on Mechatronics. He has hold long-term (near to or more than a year) Visiting Professor/Scholar positions at various institutions in Japan, Germany, U.S., Singapore and China. He has authored four books, edited five and authored or co-authored more than 450 papers that have appeared in various journals and conference proceedings. His current research interests are in the fields of industrial AI and mechatronics. Dr. Kaynak has served on the Editorial or Advisory Boards of several scholarly journals. He has received numerous awards, most recently, in 2016, received the Chinese Government’s Friendship Award and Humboldt Research Prize and, in 2020, the International Academy Prize of the Turkish Academy of Sciences.

Cengiz Pehlevan is an Assistant Professor of Applied Mathematics at Harvard University School of Engineering and Applied Sciences since 2019. His research interests are in theoretical neuroscience and theory of neural computation. Pehlevan received BSc. degrees in physics and electrical engineering from Boğaziçi University and a PhD in physics from Brown University. Before joining Harvard Faculty, he held research appointments as a Swartz Fellow at Harvard, a postdoctoral associate at Janelia Research Campus, and a research scientist at Flatiron Institute.

Title of the Talk: Droplet Based Microfluidic Systems and Applications in Biotechnology

Çağlar Elbüken got his Bachelor degree from Bilkent University Electrical and Electronics Engineering in 2004. He got his Ph.D. degree in Mechanical Engineering from University of Waterloo in 2009 on magnetic levitation of microrobots. After a 2-year postdoctoral position at University of Waterloo, he worked at Abbott as a senior scientist in point-of-care diagnostics R&D department. Then, he worked at Koç University as Research Asst. Prof. and Bilkent University as Asst. Prof. Currently, he is working as a Professor at University of Oulu, Finland at Faculty of Biochemistry and Molecular Medicine and at VTT Finland as a Research Professor. His research spans lab-on-a-chip systems, two phase flow, viscoelasticity, nanoparticle synthesis and purification. 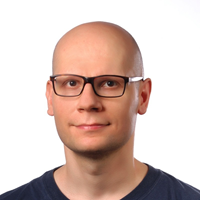 Barış Aktemur is a senior software engineer at Intel, Munich. Previously he was an assistant professor of computer science at Özyeğin University, Istanbul. He received his BSc degree from Bilkent University; his MSc and PhD degrees from the University of Illinois at Urbana-Champaign. Barış Aktemur holds a “Doçent” title from the Council of Higher Education of Turkey.